Social Media - Uniting people for a cause

Twitter, Facebook, and YouTube – did they send out people onto the streets? Certainly not! Were they responsible for spreading the message and accelerating the process of protest? Absolutely! Both Twitter and Facebook played a key means of communication for protesters in the ‘occupy wall street’, Egypt’s Revolution, Anna Hazare’s movement in India and many more such incidents.


Social media is playing a major role in creating awareness among youngsters, in developing countries like India. The recent outrage on the ‘Delhi Rape’ case garnered public attention more than ever before. It is not that such incidents had not happened before but the awareness that was created by the Social media such Facebook and Youtube (http://www.facebook.com/DelhiYouth) was unprecedented.  Though many parents have complaints that most youngsters spend their time on social media – Facebook or Youtube, they have to realize that these media also helped in creating social awareness among youngsters. Social media has become a channel for expressing their frustrations, their emotions and their anger against the ‘bad’ elements of the society and even the government. During the Delhi protest, social networking sites have emerged as the rallying points for youths to arrange protests at India Gate. The hashtag 'Delhi Gangrape' was one of the top trends on Twitter during this time. The recent ‘Delhi rape’ protest to express anguish and anger in a peaceful protest march for a most just cause, turned violent. Pictures of the police beating the innocents, both men and women, went viral on the social media network causing serious damage to the Indian government image.

Similarly, Anna Hazare’s(http://www.facebook.com/annahazare) and Arvind Kejriwal’s anti-corruption movement (http://www.facebook.com/FinalWarAgainstCorruption). The movement is moving towards giving a political alternative to the country as directed by people's mandate. Anna Hazare began his protest against corruption in which the Indian government is sunken knee deep.  He began his protest with a few protestors, but the campaign gained momentum within a few days, social media being a huge contributor. His demand for the Jan Lokpal Bill to fight corruption was acknowledged by many Indians, and the youth, who are more active on social media, became more aware of the situation plaguing India, and extended their support to his campaign in hordes. Arvind Kejriwal is working full time towards exposing all the corrupt elements existing in the Indian government. He is using the social media to instantly load images and other vital information to increase public awareness of the present scenario. He is using the social media to unite people to fight against the corruption that is eroding the Indian values and crippling India by not allowing her to develop and prosper as she truly deserves.

Facebook and twitter are the measures of the Anna Hazare movement in India. Anna Hazare supporters use Twitter and Facebook to mobilize society in the ‘India against Corruption’ campaign. With more than 593,000 ‘likes’ on the Anna Hazare Facebook page and 107,000 ‘likes’ on the India Against Corruption Facebook page and thousands of others lending online support via twitter and their website, Anna Hazare has become a symbol of shining light to many an Indian.
Even Indian ‘police’ are using social media. The Delhi traffic police used Facebook, during “Delhi rape” protests, to announce lifting of restrictions on traffic movements around India Gate. Even the Delhi Police spokesperson joined in updating the status. Hours later, the Delhi Police commissioner tried to reach out to the youth on Twitter.
Bangalore Traffic Police too has a Facebook page (http://www.facebook.com/BangaloreTrafficPolice), where both the public and the traffic police post the current traffic scenarios, traffic advisories, ongoing construction works, accidents and delays. Police are also posting safety rules and regulations to bring traffic awareness to the public.  For example, this post clearly illustrates the above point:
“Dear Friends,
December month is generally considered as road accident month. Compared to other months, accidents are reported more during December. This is due to cold weather, less visibility and drunken driving. During the last week of December 2011, 25 people were killed in the city due to road accidents. We cannot overcome the cold weather and low visibility, but drunken driving can be prevented. - Bangalore City Traffic Police”
Recently the Bangalore Traffic launched a new site where the public can file a complaint against bad drivers (http://www.bangaloretrafficpolice.gov.in/PublicEye/PublicEyePost.aspx), where you can enter details of the vehicle including pictures and other details. These then will be treated as inputs for generating tickets against traffic violators and/or arrests.

During the recent Egyptian revolt, when the Egyptian President Hosni Mubarak was overthrown, CNN host Anderson Cooper had questioned former CIA director James Woolsey whether the U.S. intelligence community had fully grasped the power of social media in catalyzing pro-democracy movements worldwide. As can be seen with these above mentioned instances, social media is indeed playing a major role in bringing masses together on one platform, voicing their opinions and effecting discernible changes in their society.

Would ‘social media’ well be the next media ‘revolution’?
No comments: 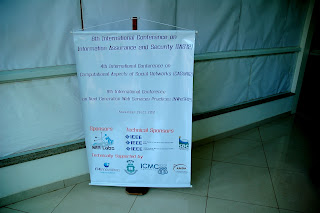 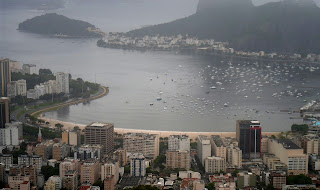 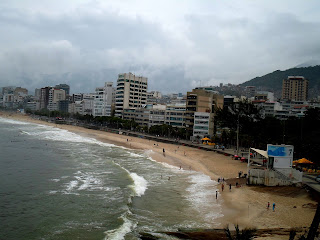